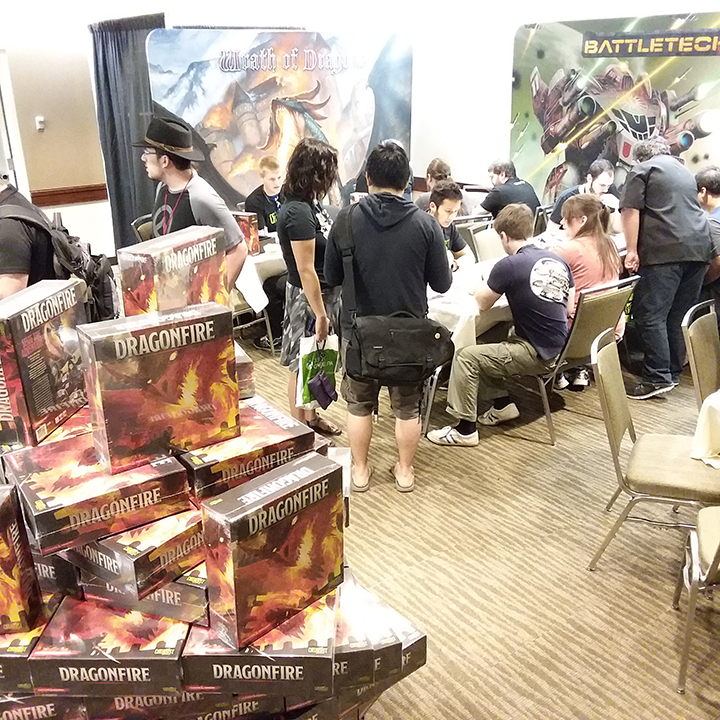 Being a small company is often absolutely amazing. It creates a close-knit environment for the work atmosphere, while allowing us to move with agility to take advantage of new situations (hence, you know, Dragonfire). There are plenty of downsides, of course. And one of those is simply a matter of personnel. Con Season is always pretty crazy. And as I’ve mentioned numerous times, pretty sure this was the biggest, craziest Con Season yet. And it’s all the more wacky because we sprint for months to reach Gen Con and it’s a massive lift, with every employee and a bevy of wonderful demo agents and volunteers on-hand to make it happen. You then try to collapse into a coma the day you get home, but you realize you’re starting to load into Pax West eight days after you land. And all of the pre-work that needs to go into that. So then it’s another two weeks of long hours, heavy lifting and fighting the good fight. And it’s simply all consuming. (And somehow, despite all of the insanity, I do love it all so….)

What does that all mean for you? A quick explanation of why no blog posts the last few weeks. Out slaying the monsters and constantly gearing up for slaying more monsters. But with Con Season finally done for the year (I’m ignoring the possibility I’ll be attending Pax Unplugged in November, for now) I can finally get back to these. I’ve really enjoyed sharing the behind-the-scenes look at Dragonfire. And there is still so much more to share.

With the pre-release of Dragonfire at Gen Con and Pax West behind us now, thought I’d share some great buzz that’s appeared, as well as some wonderful videos show-casing many elements of the game. Some of you may be aware of these, but it’s always fantastic to share enthusiasm for a game we’re all excited to see on game tables everywhere.

Ars Technika (The hottest new board games from Gen Con 2017)

As noted above, since I’ve seen the questions arise, Gen Con and Pax West were not the release of Dragonfire. They were a pre-release. We flew in copies for Gen Con and took any left-over copies we had to sell to at Pax West. It’ll be available in another month or so. (We don’t like providing a specific date until it’s off the ship and in our warehouse…once we have it, we’ll be yelling it from the top of the rafters.)

Next week we’ll be back to our regularly scheduled behind-the-scenes posts.