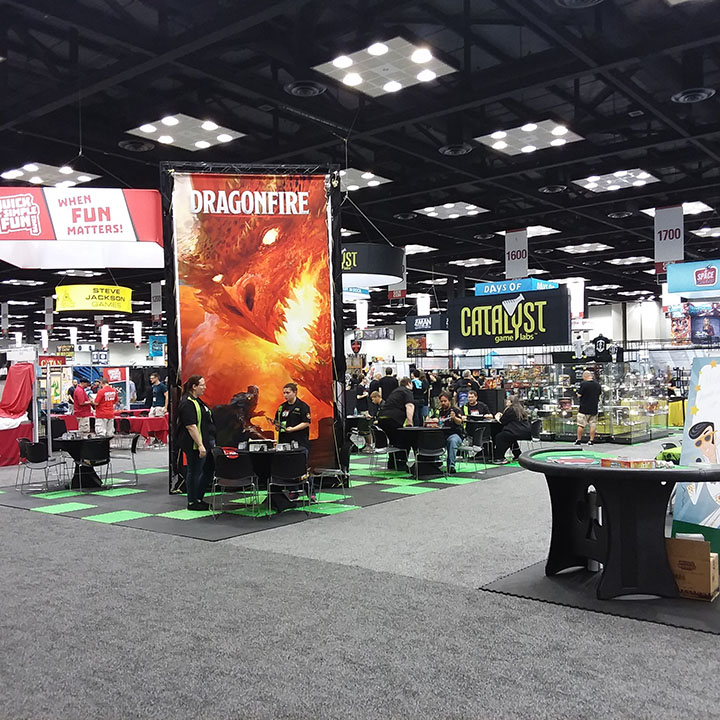 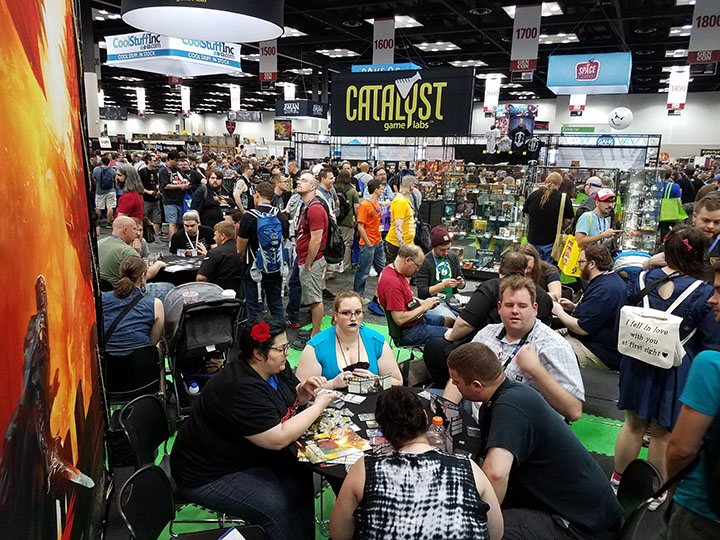 Dragonfire is a 2- to 6-player deckbuilding game set within the world’s greatest roleplaying game, DUNGEONS & DRAGONS. Players choose from a number of races, from dwarf to elf, half-orc to human, while assuming the quintessential roles of Cleric, Rogue, Fighter, and Wizard. Equipped with weapons, spells, and magic items, players begin their adventure along the famed Sword Coast, then expand to other locales across the Forgotten Realms—such as Baldur’s Gate, Neverwinter, and Waterdeep—in future expansions. Along the way, players level up their characters, opening access to additional equipment, feats, and more. Join the quest, and build your own legend! 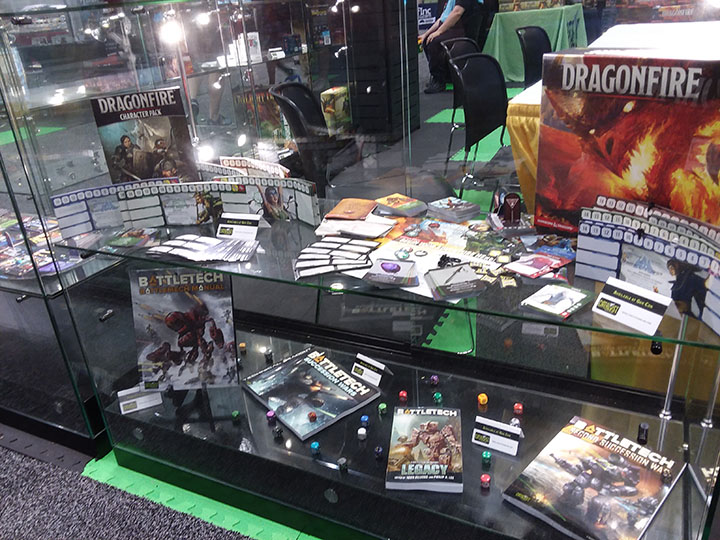 Debuting Dragonfire, the Dungeons & Dragons deckbuilding game, at Gen Con 50 was amazingly apropos. Along with the stunning overall attendance record for the convention, the game smashed our own sales records, and we demoed it for more than two thousand players! A huge shout-out to our amazing Catalyst Demo Agents that tirelessly ran so many games! Monsters were slain and many heroes were created, ready to tackle further adventures along the Sword Coast. 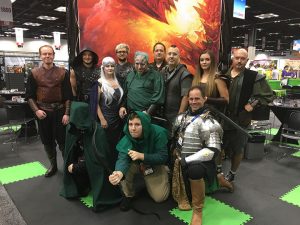 The Catalyst Booth Team joined in the mad fun on Saturday, participating in a large-scale cosplay of adventurers, from a Sun Elf wizard to Human Fighters to Half-Orc Rogues, and plenty more in between.

For everyone that stopped by the booth to ask questions about Dragonfire, played in a demo, or purchased a game—thank you!

Despite our best efforts, a decorative element of the game, the Adventure Environment card, was left out of the Dragonfire sets purchased at Gen Con. This card was included to help with immersion—playing without it doesn’t impact your gaming experience. 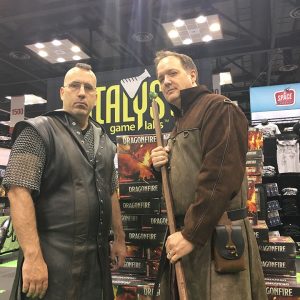 Despite that, it should have been included. As such, we’ll include the Adventure Environment card in a near-future release, along with the regular contents of that release. That way you can be sure to receive the card.