As I previously mentioned in my last dev blog, we’ve had a small hiatus. A short rest for adventurers to catch their breath, secure their packs and check their weapons and spells. Well the rest is officially over as we announce a fantastic series of Dragonfire releases for the next several months.

The following covers the next half year of releases for Dragonfire; these street dates reflect when they’ll be available on game store shelves. 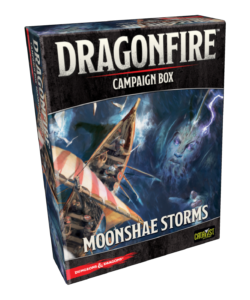 Campaign Box: Moonshae Storms, Available Now! ($29.99)
The Moonshae Storms campaign builds off of An Ancient Evil Arises from the base game, as your continuing quest takes you to new lands. A brewing conflict threatens to drown the Moonshae Isles, as lycanthropes and their fomorians allies seek to change the balance of power. Will you tip the tide?

(A previous expose on Moonshae Storms was provided.) 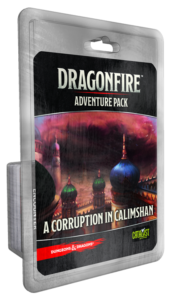 Adventure Pack: Corruption in Calimshan, Available 11/14/18 ($19.99)
The exotic cities and arid deserts of Calimshan hide wonders untold…and terrors unknown! Conquer new encounters, including the all-new Desert environment. In the shifting sands, claim new Magic Items and Market cards, along with Crafting Poisons, in the next chapter of Dragonfire Adventures! 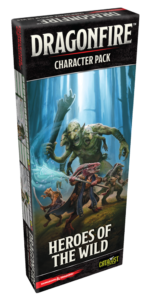 Character Pack: Heroes of the Wild, Available 1/23/19 ($19.99)
Character Pack: Heroes of the Wild contains thirty-two additional Character screens for Dungeons & Dragons Dragonfire. Additional distinctive races are featured, including Lizardfolk, Tabaxi, Kenku and Githyanki. Other cards bring new mixes of class and race together to fill out your adventuring party the way you see fit. This pack also includes a bevy of new Market cards, as well as Subclass Features, from Forge Domain to Cavalier, War Magic to Assassin, and more!

Finally, Heroes of the Wild introduces the Sorcerer Class, bringing a wonderful new and unique style of play to Dragonfire. 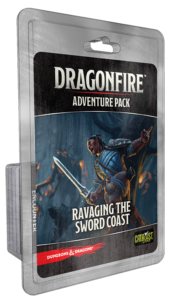 Adventure Pack: Ravaging the Sword Coast, Available 1/23/19 ($19.99)
You’re relentless enemy, the hobgoblin warlord Torog-Kaitan, has increased in power, and his new army is wreaking havoc up and down the Sword Coast! Challenge two new Encounter Decks, earn new Magic Items, and gain powerful new Market cards in the next chapter of Dragonfire Adventures! 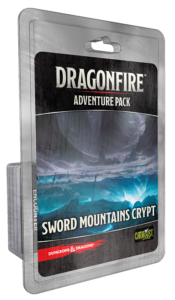 Adventure Pack: Sword Mountains Crypt, Available 2/6/19 ($19.99)
In the depths of the Sword Mountains lies a crypt of mighty Orc Warlord that once raided Waterdeep! Conquer new encounters, including the first Difficulty 4, a Demilich! In tainted depths, claim new Magic Items and Market cards, in the next chapter of the Dragonfire Adventures!

The following expansions have been reprinted.

If you’ve previously had difficulty getting a hold of any of those, feel free to let your local friendly game store know they’re back in stock! 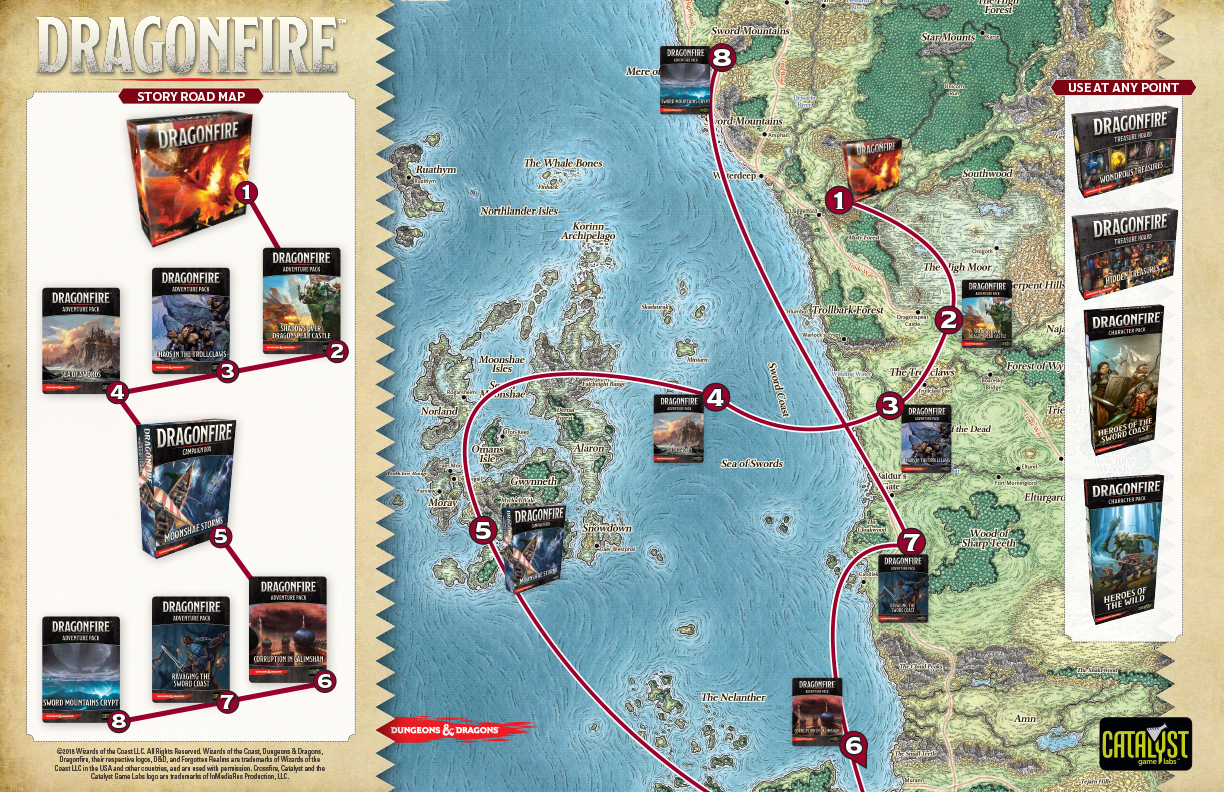 For those following this dev blog for a while, you’ll know that from the get-go we wanted a large story experience. An immersive fiction element that raised RPG-style questions and allowed those to unfold at the table, while players moved through the expansions, experiencing more of the Forgotten Realms and our own, unique storyline that we’ve woven into existing Lore.

However, that’s started to raise questions. “Where do I go next? Where are these expansions placed within the over-all Dungeons & Dragons Forgotten Realms experience?” Excellent questions! And we hope we’ve answered them with the Story Road Map PDF that ties in all of the releases published to date, along with all of the future release we’ve just announced above. (The PDFs permanent location is on the Downloads page.)